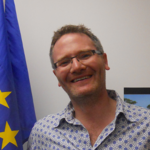 Adam Tooze (Ph.D. London School of Economics) is a professor of History at Yale University who teaches in all areas of modern German History, twentieth century economic history, social theory and the philosophy of history. His publications include Statistics and the German State 1900-1945: the Making of Modern Economic Knowledge (Cambridge University Press 2001) and Wages of Destruction: The Making and Breaking of the Nazi Economy (Penguin 2006).

Histories of fascism draw on an entire gallery of images of economic crisis and of economic crisis overcome. Fascism appeared as a political reaction to the economic consequences of the Versailles peace, of reparations and of political debts. It presented itself as a reaction against the overweening demands of Anglo-American imperialism. In the early 1920s hyperinflation uprooted bourgeois society. After 1929, Hitler’s vote rose as the dole queues lengthened. The path towards Japanese aggression was opened by the collapse of 1931. Il Duce and the Führer outdid each other in their construction site posturing. Drained Pontine marshes, on-time trains, the high-speed Autobahn and the VW beetle all stood as symbols of a new age, as did the industrialization of Manchukuo and the Asian Co-Prosperity sphere. The major challenger regimes of the 1930s borrowed imagery and inspiration both from the state-controlled war economies of World War I. They were associated in the minds of contemporaries both with the New Deal and Stalin’s industrialization. They were self-conscious exponents of a new era of unprecedented economic activism. If we are to get to grips with the historical phenomenon of fascism we need to untangle the economic imagery and action that was such an essential part of the well-groomed narrative of the regimes. Professor Adam Tooze will present a sweeping overview that places Nazism, Italian fascism and Japanese ultra-nationalism against the backdrop of the crisis-ridden aftermath of World War I, the Great Depression and the international arms race of the 1930s.

Sponsored by the Department of History with support from the Institute for Scholarship in the Liberal Arts and the Nanovic Institute for European Studies.