The purpose of this workshop is to explore whether the concept of fascism might be due for a revival, useful both for understanding of the global right in the twentieth century and also for finding analytical tools for grappling with current rightwing reactions in our embattled world. This dual focus, both retrospective and contemporaneous, means that participants will be interested not only in delineating past manifestations of “fascism” but also in querying the concept’s potential for political critique. In order to keep the focus on developing a fully articulated analytical framework as opposed to surveying the wide range of specific fascisms, these conferences will take the leading Axis Powers (Italy, Japan, and Germany) as the primary arenas of historical inquiry.
Organized by Professor Geoff Eley (Michigan) and by Julia Adeney Thomas (Notre Dame)

There are two aspects of our proposed investigation that differentiates it from previous efforts. First, our guiding commitment is to seeing whether it is possible to develop a truly rigorous definition of fascism that engages both Asian and European variants. We therefore elevate Japan within our discussions as a site for the production of theoretical understandings of fascism rather than, as is most often the case, treating Japan as a special case where concepts developed in Europe might or might not apply. As Rikki Kersten has observed, the scholarly procedure hitherto has been to ask whether concepts of “real” fascism transfer in recognizable (though somehow different) form to Japan. In scholarship on early twentieth century Japan (as with scholarship on Germany highlighting the particularities of Nazism) the concept of “fascism” has fallen into disfavor, conflated with or replaced by more particularly Japanese concepts such as ultra-nationalism, kokkashugi (statism), Showa nationalism, Japanese rightwing socialism and the like. This attention to national idiosyncrasies and subgroups within nations has been enormously productive of understanding the particularities of certain events, but it has also disaggregated studies of early twentieth-century political formations. This disaggregation means that fascism has become less available as an analytical tool for political critique. Conversely, where comparative research is taking place (for instance, with Aristotle Kallis, The Fascism Reader and Federico Finchelstein, Transatlantic Fascism: Ideology, Violence, and the Sacred in Argentina and Italy, 1919-1945), the emphasis has been on Western variants of this phenomenon, ignoring Asia. The distinctive contribution of our conversations will be to broaden that view by putting scholars of Asia and Europe together with the express purpose of articulating the Right’s relationship to party structures, capitalism, colonialism, technologies and ideologies. To help energize and guide this effort, particularly in the culminating session of the workshop, participants will be sent a set of brief readings that will form the basis of our culminating discussion on the last day of the workshop.

The second aspect of our workshop is an engagement with new historical sources and vocabularies, focusing particularly on violence, visual studies, and biopolitics. The elements common to all forms of fascism such as crisis, violence, identities rooted (however fictitiously) in biology, and mass mobilization have been studied in terms of institutional developments (political parties and the like) and in terms of social dynamics and economic stress. Building on these approaches, we would like to consider whether the study of fascism beyond words – the sensuous manifestations of fascism in the visual arts and the experience of bodies and spaces – can energize a transnational definition in ways useful to understanding the right today. The emphases on vision and the environment highlight the body, the lived manifestations of fear and struggle. In particular, concerns over sufficient natural resources, adequate living space, and race, although well understood to be part of the ideologies and practices of fascism, might be productively re-framed as environmental history, binding economies and ecologies together. Understanding fascism’s violence in these terms might help to comprehend contemporary violent reactions to the threats posed to economic interests by climate collapse.

Because the energizing spirit behind this initiative is collective, we want to resist laying out the avenues of approach too programmatically at the outset. However to craft a coherent conversation, we will at least begin with the goals sketched above: a truly transnational theory of fascism, a concern for the centrality of violence, an interest in the visual cultures of fascism, and the possible reconceptualization of fascism within environmental histories of modernity. 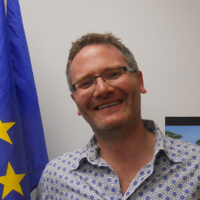