The lecture is free and open to the public. 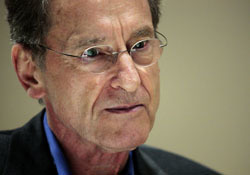 Proportionality in Constitutional Law: Why Everywhere but Here?

Bernhard Schlink’s research focuses on the principle of proportionality in comparative constitutionalism. In the second half of the 20th-century, constitutional courts in most European countries and the European Court of Justice, adopted proportionality as the primary tool used to judge legislation and other state action. The lecture will compare the different ways proportionality is being used, the reasons for its popularity, and the benefits and problems of its use.

A panel of Notre Dame Law School faculty will respond to the lecture.