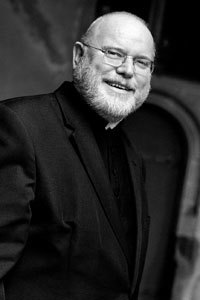 Archbishop Reinhard Marx will present the 2009-10 Terrence R. Keeley Vatican Lecture entitled “The Social Message of the Church in the Context of Contemporary Challenges." Pope Benedict XVI appointed Marx as the Archbishop of Munich and Freising in 2007, a post which was held by the pope from 1977 to 1982.

Archbishop Marx is a strong proponent of Catholic social ethics which he sees as being critical both of communism and of capitalism that is devoted overwhelmingly to profit margins. He has been an outspoken critic of the culture of greed in modern capitalism and has repeatedly pleaded with managers to subscribe to the social components of a social market economy. In 2009, Marx published the book Das Kapital, using the same title from the 19th-century work on political economy by Karl Marx, intending to highlight the value of Catholic social teaching in a globalized world.

The speech will be featured live on ND Cable channel 13 as well as on live streaming through Windows Media.