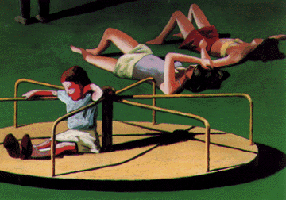 Screenings at 6:30 and 9:30 pm.
Introduced by Georges Schwizgebel, director.

For more than thirty years, Georges Schwizgebel’s images have won over the audience from movie and television screens around the world. With marked brushstrokes, he paints directly onto acetate film. Fourteen images per one second of the movie… amount to his total work of almost 20 short films. 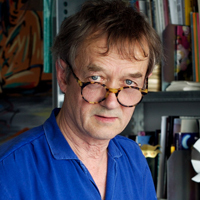 Born in Reconvilier, Switzerland, in 1944, Georges Schwizgebel is among the biggest name in contemporary animation. This well-rounded author of 15 short films has seen his work pick up prizes at Cannes, Annecy, Zagreb, Hiroshima, Stuttgart, Ottawa and Espinho. Two of his films-78 R.P.M. (1985) and The Ride to the Abyss (1992)- rank among the hundred most influential animated films on a list published by the Festival d’Annecy in 2006. The Man without a Shadow (2004), his first collaboration with the National Film Board, garnered 19 international awards. Though he first used rotoscoping (Perspectives, 1975: Off-side, 1977), Schwizgebel later traded in this tool for a freer approach marked by the gestural application of colour and the frequent use of geometric shapes (Fugue, 1998; The Young Girl and the Clouds, 2000).